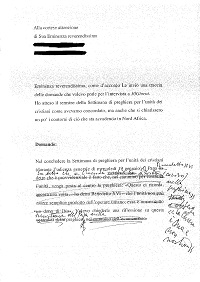 In don Giacomo Tantardini’s biography we mentioned that he was the “de facto director” of 30Days. He in fact inspired nearly all the articles of the monthly, in particular those of an ecclesial nature, often indicating the essential points to use in writing an interview or an article. Not only: he also supervised the final realization of the magazine.

He in fact corrected the content of the articles, commas included, flanking the proof readers who usually limited themselves to revising the form. Lastly, he corrected titles and summaries, changed photos, captions and the layout itself of 30Days. 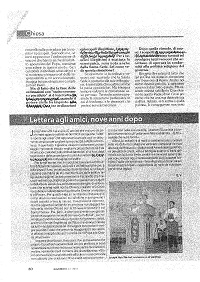 In this attachment we have highlighted, so as to exemplify the above, some corrections that were found by chance in a left over folder: old proofs, a handful of pages in all, that avoided the waste-basket, the natural destiny of such material.

The first page includes a letter sent to a cardinal for an interview: the questions were placed to him in writing. This is an example of editing prior to the article’s drafting (what is more, we chose this page for the correction made: “the Church is His and not ours”, which contains all of don Giacomo’s view of God’s holy Church). 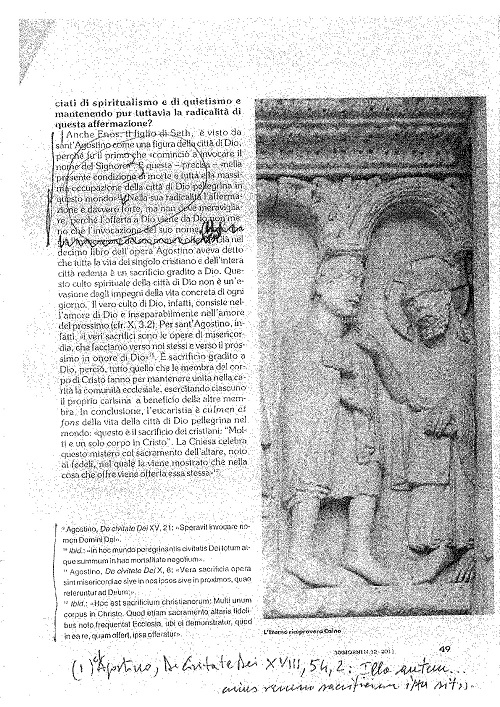 The second and third pages contain corrections of two articles: in particular, on the third page we see a an intervention of his regarding the article’s footnotes…

The last page is a correction of a few of the letters that were sent to 30Days from all corners of the world. It was sometimes necessary to “cut out” some words, so as to give space to other letters.

We report this episode because it demonstrates the importance that don Giacomo conferred to these letters, for which, during the years, he wanted to reserve ever more pages of the 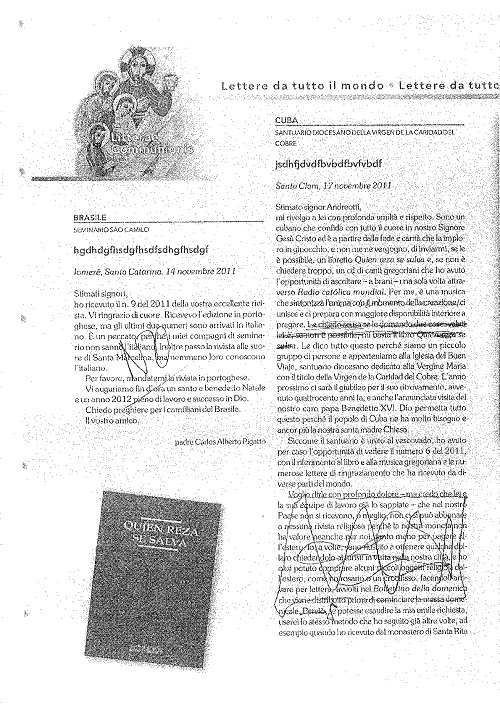 The last correction he made to 30Days, the magazine’s final draft (its “putting to bed”), was on 19 April 2012. By now he talked with difficulty, the illness was at an advanced stage, but he made himself understood very well, in fact he was able to conclude that final putting to bed. He would have died a few hours later: the Lord gave him the chance to put to bed the issue that would have broken the news of his passing to all readers (1). 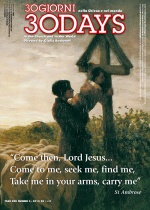 (1) To that issue were then added appropriate commemorations, signed by some of his friends: the then cardinal Jorge Mario Bergoglio and Pietro Calogero, the magistrate who first discovered the link between terrorism and secret services revealing the existence of what later would have been defined “tension strategy”. The homily pronounced at don Giacomo’s funeral by the then Dean of the College of Cardinals, Angelo Sodano, was published along with these memories. But this is posthumous. 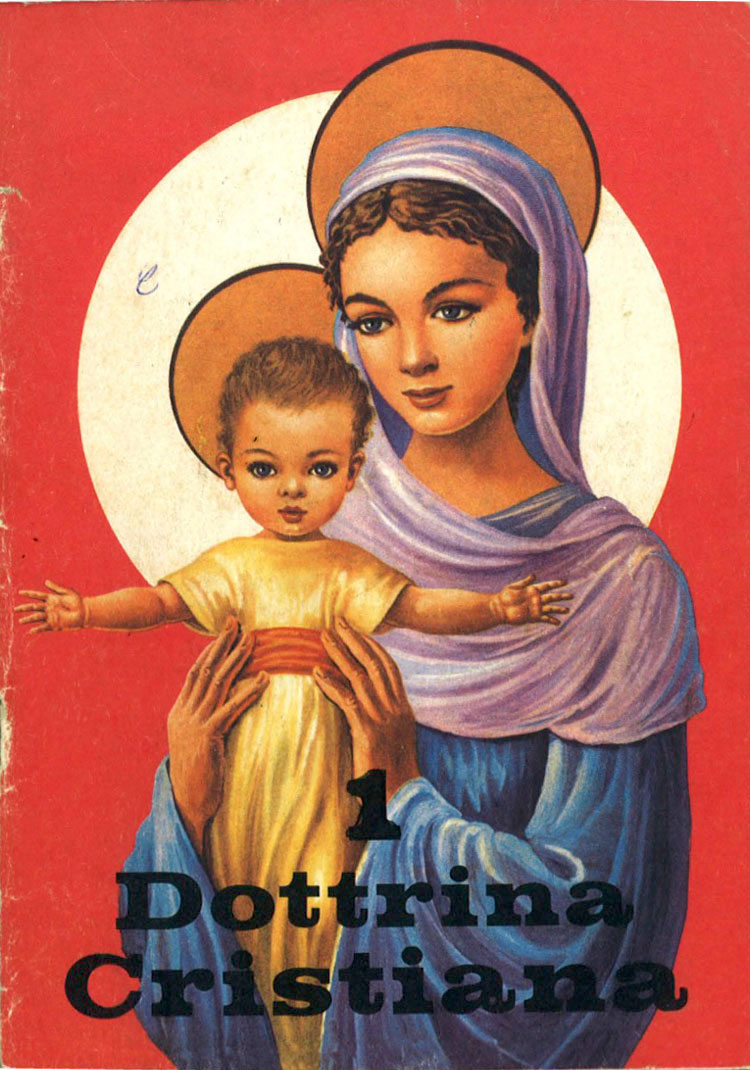